With 28 years experience as a PGA Professional, 18 of which have been spent as a Head Professional, Glenn finally returned to Torbay where he was born and raised to take over his role here at Churston Golf Club.

Following tournament success during his early playing career in the West Region, Glenn’s highlight experience came when playing in the Open Championship final qualifying rounds, where paired with tour winners and surrounded by major winners, Glenn realised his passion for the game would serve club members and visiting golfers better. This realisation culminated in a pursuit of more extensive coaching and custom fitting knowledge. Although Glenn still plays in Pro-ams  and the Devon Alliance, which he was Captain of in 2016-2017, his role here at the club is his priority and playing friendly golf with the members and in Captain Pro challenge matches has taken precedents

Glenn has a drive for quality customer service which is exemplified in the newly refurbished and quality stocked Professional shop here at Churston Golf Club. With many of the popular and major golf brands in store already, Glenn is also a member of the Foremost buying group and therefore has excellent access to all golfing products at a competitive price. The shop is also an authorised fitting centre for hardware brands Ping, Titleist, Callaway and Yonex giving you the opportunity to try before you buy.

Glenn’s also created a state of the art indoor coaching/custom fitting facility here at the club which compliments the outdoor practise area perfectly.

The newly refurbished centre has all the latest technology which includes a Trackman 4 launch monitor and simulator, along with the GASP video coaching system, all of which help to enhance your enjoyment of the game with a professionalism rarely seen elsewhere.

Coaching easy to follow instructions with a relaxed, patient attitude and at a comfortable pace, Glenn has seen many clients excel no matter what their ability or age. Having worked with elite players, County champions, members, beginners and juniors, Glenn’s experience, knowledge and passion allows him to provide progression and enjoyment to all, whether it be through coaching or custom fitting.

“it is my passion for coaching, custom fitting and retail, combined with my own progressive learning that allows me to provide an excellent overall customer service to everyone. And having been born and raised in Paignton it

is a privilege and an honour to be part of the fantastic professional team here at a prestigious golf club such as Churston”.

P.G.A Professional Harry Mayers became part of the professional staff here at Churston Golf Club in October 2019. Working alongside Head Professional Glenn Richards, Harry has been a great addition to the highly professional standards already being set here at the club.

Starting golf at the age of 12, Harry was a keen junior member of Churston golf club. He won many junior titles and represented the club, county and Country at an early age.

Harry says “ My greatest golfing achievement was representing my school and Churston whilst playing for the English school boys back in 2012 at the age of 17”.

Only a couple of years later Harry decided to pursue a professional career and over the last 4 years has worked locally at other P.G.A establishments. Working his way through the PGA foundation degree and building up his coaching experience, Harry still has a passion for playing and regular competes in West region events. With many top 5 finishes to his name, including a winning performance at the St.Mellion Pro-Am among other venues.

“ I am excited by the opportunity of coming back to a club I love as a P.G.A Professional and aim to help others with their golf games. I look forward to coaching and building up the junior section, as I can see there is already so much potential within the club and hope to encourage as many as possible in the near future”. Harry has taught a variety of golfers ranging from beginners to top level club players and also foreign exchange students which has given him lots of different experiences and knowledge. He aims to use his own playing experience and knowledge to improve members and visitors games, with particular emphasis on the short game as he believes that’s where the games’ biggest improvements can be made.

Read more about what our academy membership includes. A downloadable application form is also available.

If you are just starting your journey into golf, the Churston Golf Academy has the perfect programme to support you every step of the way. 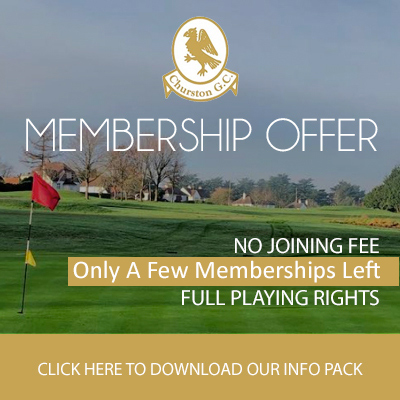